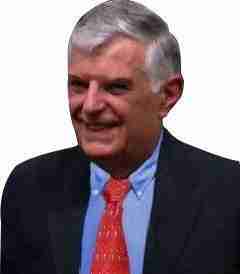 Dr. Rocco A. Errico is an ordained minister, international lecturer and author, spiritual counselor, and one of the nation’s leading Biblical scholars working from the original Aramaic Peshitta texts. For ten years he studied intensively with Dr. George M. Lamsa, Th.D., (1890-1975), world-renowned Assyrian biblical scholar and translator of the Holy Bible from the Ancient Eastern Text. Dr. Errico is proficient in Aramaic and Hebrew exegesis, helping thousands of readers and seminar participants understand how the Semitic context of culture, language, idioms, symbolism, mystical style, psychology, and literary amplification—the Seven Keys that unlock the Bible—are essential to understanding this ancient spiritual document.

Dr. Errico is a featured speaker at conferences, symposia, and seminars throughout the United States, Canada, Mexico and Europe and has been a regular contributor for over 23 years to Science of Mind Magazine (circulation: 150,000), a monthly journal founded in 1927. He began his practice as an ordained minister and pastoral counselor in the mid-1950s and during the next three decades served in churches and missions in Missouri, Texas, Mexico, and California. Throughout his public work, Dr. Errico has stressed the nonsectarian, open interpretation of Biblical spirituality, prying it free from 2000 years of rigid orthodoxy, which, according to his research, is founded on incorrect translations of the original Aramaic texts.

Under the auspices of the Noohra Foundation, Dr. Errico continues to lecture for colleges, civic groups and churches of various denominations in the United States, Canada, Mexico and Europe.